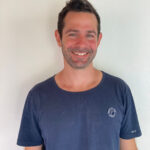 All You Need To Know About Website ADA Compliance In Florida

Sandy beaches and theme parks may come to mind when you think of Florida. But, who would’ve thought that the state would also attract attention for its website accessibility lawsuits?

If you own a website or sell to residents of Florida, it’s important for you website to be accessible to everyone.

In 1990, the Americans With Disabilities Act (ADA) was passed to prevent discrimination against persons with disabilities in all areas of public life.

This article will discuss:

Florida introduced web accessibility standards to ensure equal access for all citizens, including those who suffer from physical, visual, cognitive, or auditory impairments.

This means any website that does not accommodate differently-abled people, from county governments like Palm Beach County to private businesses like the Miami Heat basketball team’s online store, could face an ADA lawsuit Florida.

These guidelines address the accessibility of all web content, including websites, applications, video, and audio.

Its objective is to make content more accessible to persons with disabilities, including blindness and low vision, deafness and hard-of-hearing, and limited movement.

Per the Bureau of Internet Accessibility, Florida accounts for some 25 percent of all website accessibility lawsuits.

This downward trend is expected to continue after the groundbreaking court decision in the 2017 Gil v. Winn Dixie case, which reduced the number of websites covered by the ADA.

Over the past few years, digital accessibility awareness has increased significantly across Florida.

As we indicated in the previous section, all state government branches must comply with mandates under Section 508 when developing, maintaining, competitively procuring, or using electronic information or technology.

The 1998 amendment of Section 508 of the Rehabilitation Act of 1973 deals with the needs of Americans with disabilities.

It states that websites that are not accessible to persons with disabilities will face civil action.

There is an exemption when compliance with these regulations end up becoming an undue burden. In these cases, the state agency must find alternative means to provide information to persons with disabilities.

The Section 508 revision in 2017 includes WCAG 2.0 – Web Content Accessibility Guidelines, which are the base for all web accessiblity standards. WCAG 2.1, the most up-to-date standard of WCAG, outlines three levels of compliance, i.e., A, AA, and AAA. The higher the level, the more compliant your website is.

Florida state agencies are, however, not required to meet WCAG 2.1, but they are encouraged to use this latest standard to promote inclusivity.

It is mandatory for a business or brand to ensure website ADA compliance Florida.

These mandates also apply if the website helps people find the physical location of a store.

A person with a disability may file a lawsuit against your company if they are unable to access or use your website.

Neither the Supreme Court nor any of the Circuit Court of Appeals has passed judgment on whether a private business’s website must be ADA compliant.

The 11th Circuit Court has in the past held that Title III does extend to non-physical spaces.

For example, in the case of Rendon v. Valleycrest, the court concluded that Title III applied to a selection process by telephone, which screened potential contestants for a TV show.

The court said the process impeded disabled individuals from being on the show.

He said he was unable to order his medications online.

The initial trial concluded that Winn Dixie violated ADA compliance requirements. The parties agreed that the company did not have an ADA-compliant website.

But Winn Dixie argued that it did not have to be compliant because the website is not a place of public accommodation.

The site’s inaccessibility to persons with disabilities would mean they are unable to use Winn Dixie’s services.

However, this decision was reversed at the 11th Circuit after the judge claimed the website’s inaccessibility didn’t create a barrier that kept the plaintiff from going to the store.

In this case, Andres Gomez, a blind man, tried to access the website of a brick-and-mortar store. The website had information about store locations and the ability to schedule appointments with store reps.

Though the store’s website was not ADA compliant, the court concluded that it did not have to be ADA compliant because it did not impede a disabled person’s ability to patronize the brick-and-mortar store.

In addition, the court said ADA does not require businesses to create full-service websites for disabled persons.

This case saw Dennis Haynes, a blind man, sue the defendant company, Pollo Operations, claiming he could not access its website and, as a result, was denied full and equal access.

The company filed to dismiss the case because there was no specific claim.

But the Southern District of Florida granted the company’s action and held that the lack of access did not impede Dennis Haynes’ access to the company’s location.

Unlike in the Gil case, where the Winn-Dixie website allowed customers to fill and refill prescriptions, the court in this instance decided that not getting information about a company’s public accommodation did not suffice as a violation of ADA.

Your business could find itself hemorrhaging thousands of dollars if you fail to make your site ADA compliant.

Even though your heart may be in the right place, and discrimination may be unintentional, this won’t make the burden and financial toll of a lawsuit any less.

So instead of wasting valuable resources on lawsuits, you should invest in website accessiblity.

This process starts with an audit to flag areas where your website is lacking in terms of accessibility. This can be a manual or automated audit. You can use this accessibility checker to automatically audit your website.

If you decide to undertake a manual audit, you can follow the below steps:

This is the most time-consuming part of an audit but also the most important. For this, you should get an expert to check your website against the WCAG 2.0 AA or WCAG 2.1 AA criteria.

It involves the examination of code or simply perusing different pages of the website to check for consistency.

Some testing also accompanies this to make sure everything works as it should.

Once you identify any accessibility issues, create a list that you can refer to and check off.

You could consider this an optional step after listing the issues, but it does help.

It will allow your design team to prioritize critical issues first, especially if you have resource constraints.

After listing the ADA compliance issues on your website, your team can get to work, unless you are making the corrections yourself.

Your remedy efforts will likely involve the incorporation of assistive technology to make your content accessible.

Products from accessiBe, UserWay, and EqualWeb, are highly recommended as you work to make your website ADA compliant.

Get started with your website’s accessibility with accessiBe’s easy-to-use features and technology.

Do not wait for someone to complain about your website or worse, file a lawsuit. Instead, go the socially responsible route and promote inclusivity.

Ensuring you are ADA compliant will save you from lawsuits and enhance your brand value. You should remember that non-compliance with ADA policies means that you are turning away persons with disabilities who are potential customers.

Over 500,000 people in Florida have a visual disability, and you would not want to miss out on reaching such a significant portion of the market.

When you adhere to ADA standards, you must remember that you give people with disabilities the care and attention they deserve.

Other articles have been written on ADA website compliance Florida. You can read these other articles for further insights on this issue. 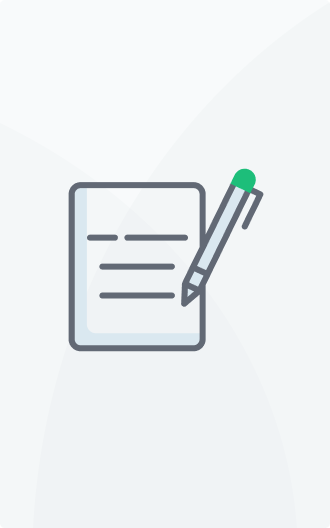